To Asia Travel is a legal and registered company in Cambodia. Our teams are all professional and licensed by the Tourism Ministry of Cambodia.

We strongly believe that we can make a positive change in society by promoting sustainable tourism practices with our tailor-made trips by offering the chance to interact and give back to the local community and to meet people, both local and foreign, who are working to create a better future through education.

Wath was born in Siem Reap’s countryside, in one of the last regions to seize fighting after the Khmer Rouge. He has been working in tourism hospitality since 2008. He studied Law and International Relations and is a passionate social entrepreneur. Wath has personally funded as well as getting his friends helped build 7 schools in rural villages, offering education to over 1000 kids who previously could not go to school. Environmently, he been planting around 100,000 rose & teak trees across Cambodia as personaly and company’s philosophy.

He likes to get his friends to go on adventures and inspires them think outside the box and to give back to their communities.  Wath is optimistic, open-minded and passionate. Wath speaks fluent English and German.

Lucky is very passionate about cycling and has been exploring South East Asia extensively on his bike for over ten years. Beside leading and managing a wide range of cycling groups, he trains many young Cambodians in Phnom Pehn to be Professional cyclists. People can’t use GPS when cycling with him because the places he will take you don’t exist on maps! 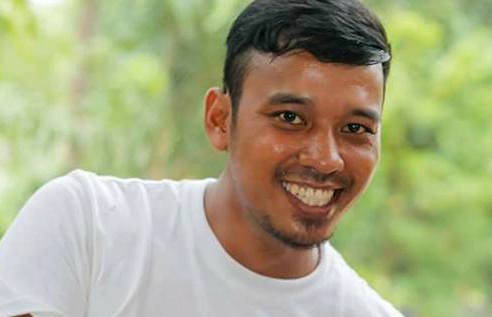 Bun decided to leave university and has since enjoyed working and adventuring around Cambodia and South East Asia. He is passionate about travelling and doing social work, giving back to his community whenever possible. If you need people to do help finish a social project, Bun is the man for the job! He is capable of recruiting many people to get a job done and has a heart of gold to inspire those around him. 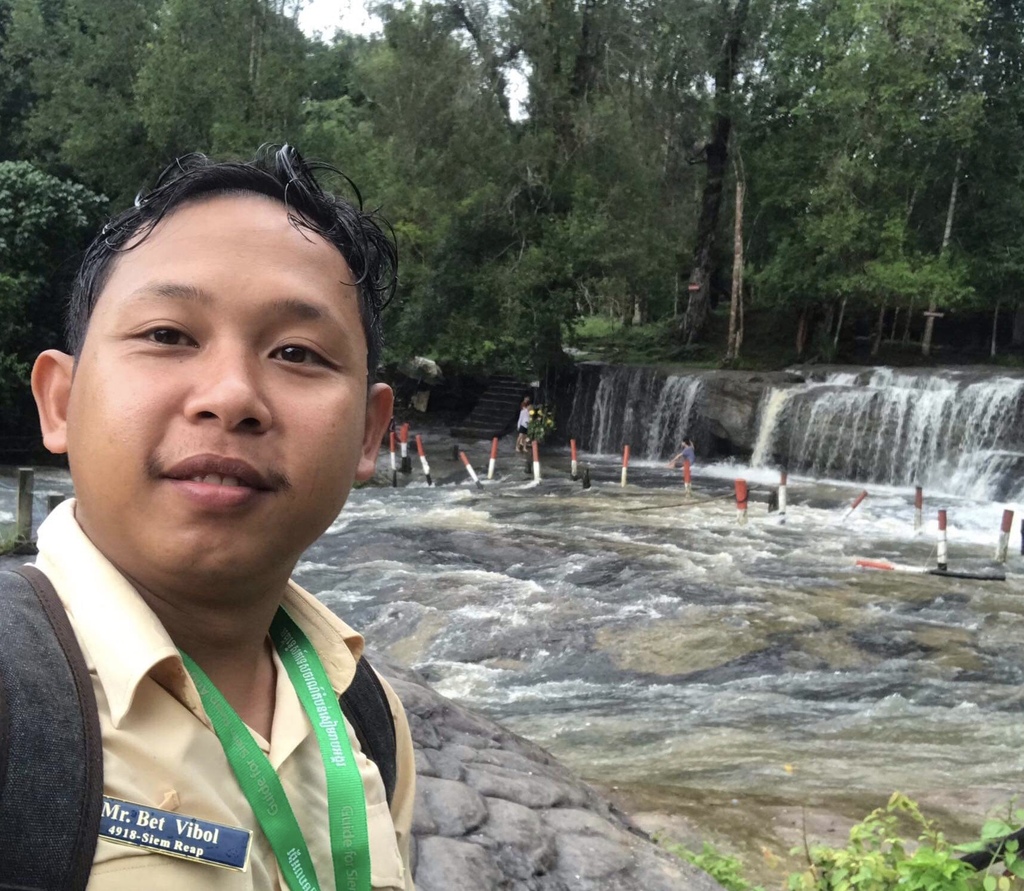 My name is Vibol. I was born in 1995 in Siem Reap city which is the home of Angkor Wat. I have one sister and two brothers. As my sister ans brother are tour guides then they kicked me out to Japan where I studied the Japanese language in Fukuoka City for two years. I felt in love with country and its culture.

Back to Cambodia, I decided to work as a Japanese speaking guide to show the beauties of Cambodia to Japanese travellers.

My hobbies are fishing and traveling. Since I like Japanese hot pot and sashimi, I’ld like to  recommend you some  Cambodian cuisine,too. I like to help our clients make fun and beatuiful photos !

Moe was born and raised in Nagoya, the central city of Japan. She studied at Meijiakuin university in Tokyo and graduate school of Nagoya  City university, and got her Ph.D in 2014 in Education and Social Welfare ( special need education). She has worked in some colleges as a lecturer. She has fall in love in Cambodia and been crazy about Siem Reap since her first trip in 2012.

In Cambodia , her nationality is Japanese, She has been to many heritage sites more than some of her Cambodian friends in term sightseeing and experiences.

With Toasia Travel, she is really exciting to show you her favorite parts of Cambodia, especially to Japanese. She will serve you the best with Japanese hospitality!

Judy has been guiding and leading tours for 7 years, he is fluent in English and has experience with a wide variety of tour groups, ranging from private family tours and students groups to business trips.

He graduated with an International Relations degree and has an extensive understanding of the Cambodian countryside and it’s people. If you love to talk about politics and social justice, Judy is the man to talk to. 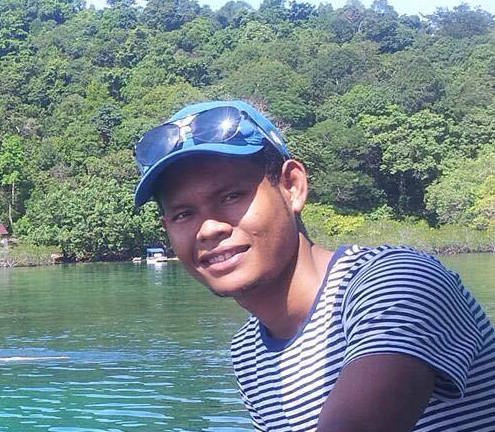 Yut is passionate about leading and guiding travellers in Cambodia.  It was his dream to be a tour guide since he was young. Yut is an excellent cyclist, fluent in English and excited to share his country with people from overseas. Yut has the dream to travel all around the world, he loves to hear about other countries and cultures. 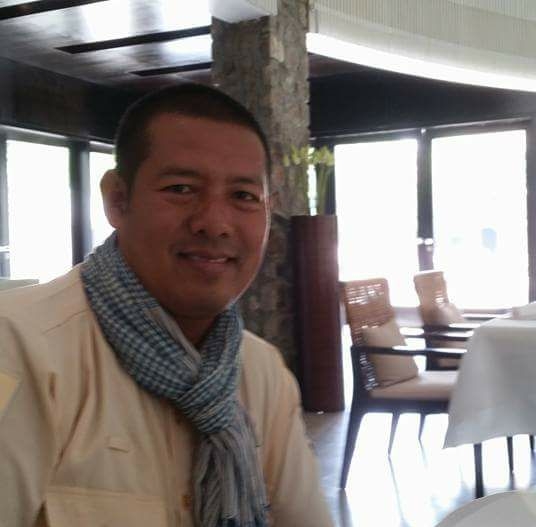 Mr. Hann has been leading tours in Cambodia for over 12 years, he is highly educated and is particularly experienced in handling the most exclusive, executive visitors. He comes from Battambong Province, which is the land of Cambodian artists and scholars, he has rich of sense of humour and willing to share his wisdom and insight with others! 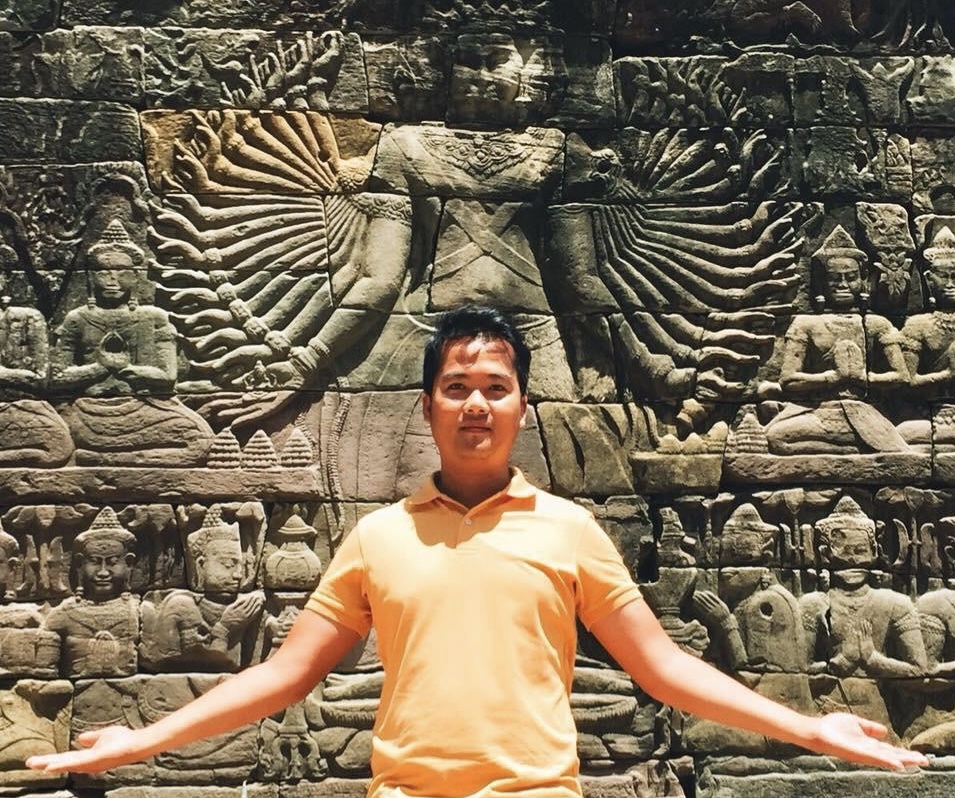 Reaksmey is a young Cambodian Japanese speaking guide. He has been guiding for 8 years.

Ratha was born about 100 km away from Siem Reap city. He was educated in the temple as a monk for 13 years during childhood. After leaving ordination, he worked for a private company in the tourism industry. Later on, he went to Yamamoto Japanese Language center, to learn Japanese.
Ratha has a successful career and excellent reputation after serving Japanese clients for over a decade.
With To Asia Travel, Japanese clients will be surprised by the welcoming and culturally sensitive Cambodian hospitality.

Vuthy was a monk for 16 years and spent many years in volunteering jobs, such as educating students and villagers in the countryside, building homes and schools in poor rural areas.
A few years ago, when he was still a monk, he was fortunate enough to pass the exam of Professional Tour Guide trained by the Ministry of Tourism in Cambodia. Later on he made the decision to leave ordination in order to be able to work without restriction, offering him more freedom to give back the way he sees fit.
He is very passionate about showing his beautiful country to the world! 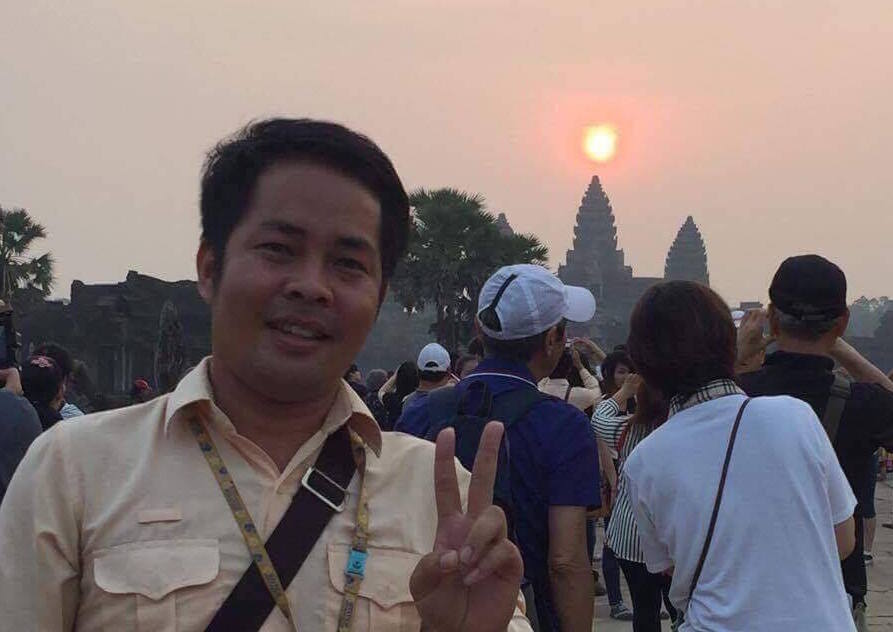 Sary is a loveable and hilarious tour guide, who’s favorite tour is around the ancient temples. Sary has been a tour guide for 5 years and loves to share stories of his country with foreigners.

About To Asia Travel

Giving Back to Earth